This week’s ‘My Creation’ Interview features Joshua Spigel, better known to The Elder Scrolls modding community as Phenderix. In February, his project Magic Evolved (Xbox One, PS4, PC) for Skyrim Special Edition became one of our first Featured Mods for the game.

We caught up with the current grad student to discuss recent projects.

How did you get started with Modding?

My favorite game growing up was Oblivion. I remember not having a gaming computer and dreaming of the day I could finally play the game with hundreds of mods installed. I actually had a spreadsheet listing all the mods I wanted to try before I even purchased the game. After finally playing through Oblivion and trying these mods, I was immensely impressed by the mod Midas Magic Spells of Aurum. The additions made by Xilver (the mod’s author) were fantastic and made me imagine all of the content that I could add to future Elder Scrolls games. After learning about Skyrim, I made plans to produce magic mods as soon as the game was released.

The week Skyrim was released I began to create mods using SkyEdit. Utilizing this program, I released several small mods while I learned about modding and awaited the release of the official Creation Kit. I was 18 at the time and made many mistakes in my early works but made sure to learn from them. In time, my mods became more sophisticated and I began interacting more with the modding community. Many of these small mods were merged into what is now Magic Evolved / Magic World. 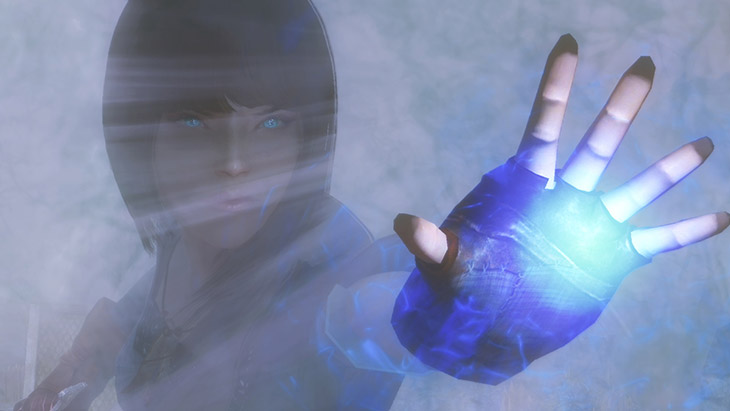 Magic Evolved boasts more than 400 new spells. How much time does that take?

It took a significant amount of time, as one could imagine. If I had to guess, I’ve modded for approximately 2,000 hours in total. I began modding in November 2011 and have been making new mods and releasing updates ever since. The urge to keep tinkering with the spells added by my mods or to create additional content has seemed to persist even when I haven’t played Skyrim for a period of time.

Of all the spells, which one is your favorite?

It has to be Summon Chicken. The spell is pretty much useless but there is something so satisfying about summoning a chicken, launching a fireball at it, and then watching it hurtle through the air. They also serve as tasty distractions if you are trying to run from a Dragon, which is always a plus.

How about the most ridiculous?

That is a tough one, as there are several ridiculous spells that I consider pretty far out there. A couple examples would be firing explosive birds, replicating a target, or even shrinking someone to the size of a sweetroll.

There’re a lot of hilarious things that can be done using Magic Evolved. The possibilities added by my works are only limited by the imagination of the player.

What has it been like having your project available on PC and consoles?

It’s been pretty amazing. In the months since the release of Skyrim Special Edition, I’ve been greatly impressed by the console community. I’ve received constant feedback from people using my mod and the community as a whole has been very supportive.

The thing I enjoy most is probably watching YouTube videos of people playing through my mods. It is pretty enjoyable watching others have fun using the work that I have spent so much time creating. The added bonus of seeing people playing across PC, Xbox One and PS4 has been especially rewarding and something I never thought I would see. I’m happy that both console and PC users get to participate in a community where content is created for free simply because mod authors are passionate about creating new content.

Many of your other projects relate to Magic. If fans like Magic Evolved, what should they download next?

Glad you asked! I have actually just released a new mod titled Phenderix Magic World (Xbox One, PS4, PC). This mod combines all of my works into one mod. It adds approximately 400 balanced spells, arcane archery, unarmed elemental combat, new enchanted weapons, a new magic university, a new magic town, and tons of new boss encounters! All of my future content will probably be merged into Magic World although I will likely also release standalone files.

Is there anything you’re working on now that people should know about?

I’ve been thinking for a while of creating a magic system where the player’s fate would be tied together with that of their pet or animal companion. For instance, a player could have a dragon following them on their adventures. The player and the dragon would share magicka and if the dragon were to die then the player would be so distraught that they would also die.

In addition, I am working on expanding the content I’ve already created. I would like to do the following: create magnetism spells, add new staves, add new areas to explore, new boss encounters, and much more. It all just depends on how much free time I have in the coming months and if the ideas are even feasible. 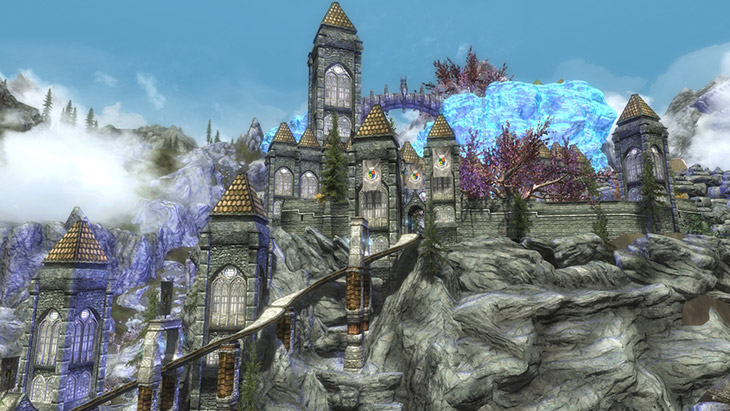 Thanks for this opportunity!

My goal in creating mods has always been to create new balanced content that makes the vanilla game even more exciting and able to stand the test of time. I’ve always tried to give players more roleplaying options to allow them to create the exact character that exists in their imagination. I hope everyone that has used my mods has had as much fun playing them as I did creating them.