During the operation of some programs, a blue screen of death may appear with error code 0x000000c2. This means that some driver is not working correctly, or the application contains a critical error. 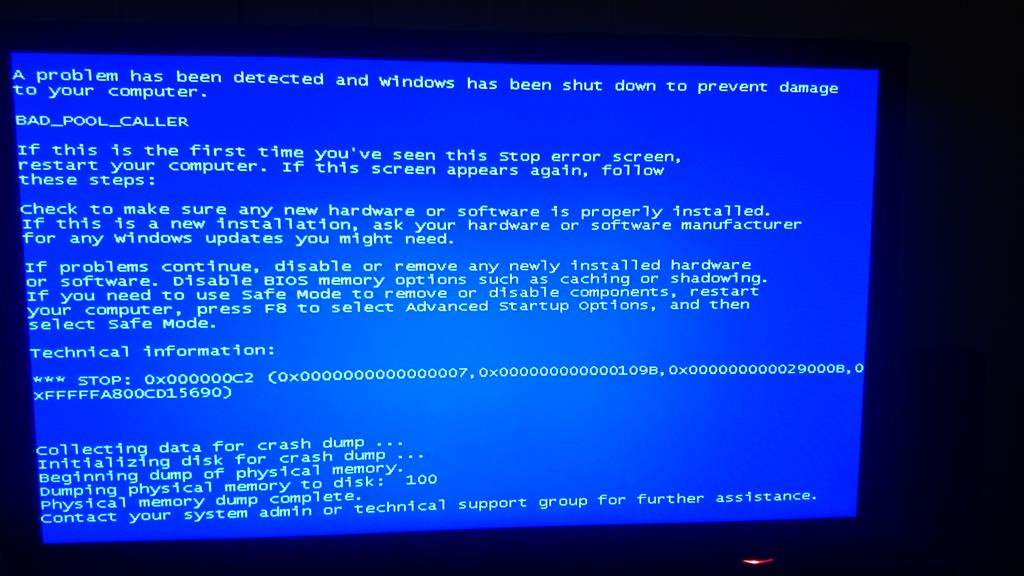 If the process that called it does not appear in the text description of the error, then to resolve the problem, proceed as follows: