HOWFIX.NET»Computer»How much free space do you need on PC?

How much free space do you need on PC?

You can not completely clog your drive with all sorts of data, as this can lead to a number of not the most pleasant problems. However, if you think about it, then a completely logical question arises: how much should you leave free disk space?

Why do you need free space? 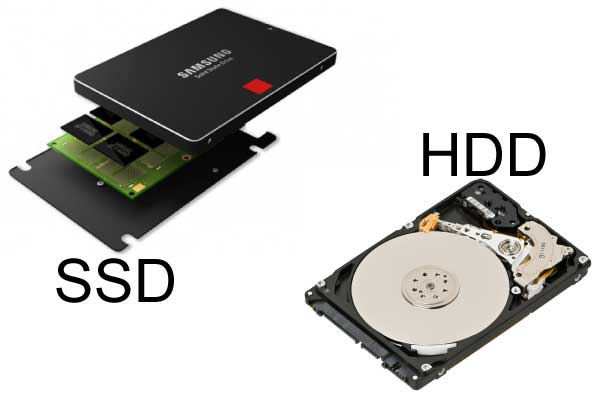 You just need to have free space on your disk, and there are several reasons for this. If your disk is full, then, naturally, you will not be able to download or save new files on it, including updates for the operating system. Programs often need to create cache files, but they will not be able to do this without having additional disk space, so they will crash or cause various errors.

When working with a huge number of programs, the system may require additional memory. Accordingly, the paging file will have to increase in size, but this will not happen, since there is no extra space on the computer. Without a paging file, these programs will crash or refuse to start at all.

However, there is no exact number of gigabytes that you must leave on your disk free. For some reason, Microsoft did not specify the exact amount of free space required by Windows for its correct operation. There are several rules about the free disk space from the network, but they are practically inapplicable to date. Let’s talk on this topic.

The rule for HDD: it is necessary to keep 15% of the space free

Walking through the expanses of the network, you already had to repeatedly stumble upon the recommendation that all owners of hard drives should leave at least 15% of free space on them. This is explained by the fact that, traditionally, you need from 15 to 20% of free disk space, so that Windows can defragment it.

If you do not have 15% of free space, then obviously Windows can not correctly perform the defragmentation process. Because of this, the percentage of fragmentation of files on the disk will constantly grow (it is possible that it will be able to partially execute it, but this is still not enough).

However, the 15% rule applies only to mechanical hard disks that actually require defragmentation. Solid state drives (SSDs), which are increasingly used by users to assemble truly modern machines, do not fall under this rule.

Rule for SSD: it is necessary to keep 25% of the space free

Solid state drives, traditionally, require a large chunk of free space. Their performance is rapidly falling, if the user clogs them to the eyeballs, leaving no free space. In 2012, AnandTech, an online hardware store, conducted some tests, and then recommended leaving 25% on solid-state drives in order not to lower their performance.

However, modern solid-state drives have one interesting feature that makes this recommendation not so important. The thing is that modern SSDs show their users less accessible space than they really are.

Even if you scored your SSD to the outset, you should not worry, because there is still some space on it to support the claimed performance. Based on the foregoing, the 25% rule for SSD is too conservative. Although, it all depends on how much extra memory is “harvested” in the SSD.

There is no specific number or percentage that you must adhere to when managing the space on your disks. Microsoft claims that you need to have 20 gigabytes of free space before you start installing the Windows 10 operating system on a modern computer. But apart from that – there are no specific recommendations.

The above rules can help you. If you have a mechanical hard disk, then saving at least 15% of free space can help you reduce the fragmentation of newly created files and make Windows easier to defragment your hard drive. This process, by the way, the latest versions of the Windows operating system are carried out automatically in the background according to the planned schedule.

If you do not have free space, Windows will not be able to move files around the disk in order to defragment them, and this will lead to more fragmentation and slower access to them. If you have an SSD in the system, this rule does not apply.

If you own an old SSD, then leaving at least 25% of free disk space, you will ensure its excellent performance. On modern SSDs such a piece of free space is not necessary to leave, since they have their own additional space. However, we still recommend that you save at least 10% on them, so as not to lower the performance of SSD. But, this percentage still depends on the model of SSD, which you installed in the system.

If you suddenly need to fill up your disks and have only 5% of free space left, then this is not such a serious problem. However, it is better not to delay with this state of affairs and quickly release more space, as the performance of your computer may decrease with time.