Error with the code CE-34878-0 on PS4 has long been tormenting a lot of players. You can see this error during an attempt to start a game or directly during the game process itself. Proceeding from this, it turns out that after the appearance of this problem, the owner of PS4 can not use his console for its intended purpose – to run games.

Error CE-34878-0 is a very inconvenient problem for the user, as there are a lot of reasons for its occurrence. However, everything can be fixed, than we will deal with you in this article. 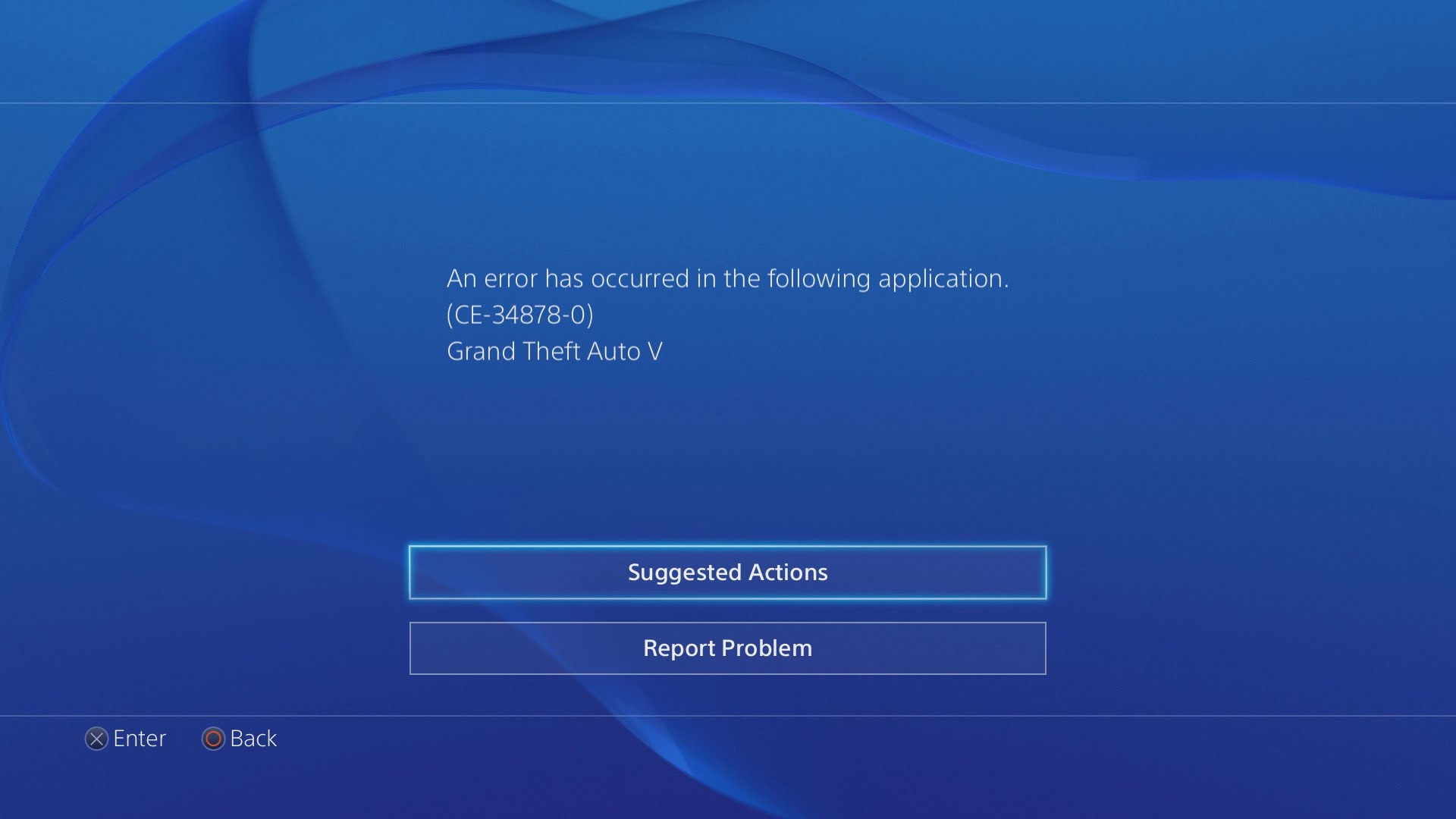 Error CE-34878-0 on PS4 may occur due to the fact that the system software of your console is not updated to the proper version. You can try to solve this error with a simple process of updating the software on the PS4.

So, update the software or, more simply, the firmware for the PS4 console is elementary, if it is connected to you on the Internet. Let’s assume that it is still connected, which is true in the case of most users. First you need to go to PS4 Settings. Once this is done, select the section called “System Software Update”.

The process of installing new software for PS4 is absolutely automatic and, as already mentioned, requires only a connection to the network. After installing the update for the console, try again to try to run the game in which there was an error CE-34878-0. If it is properly started and errors are no longer visible for a long time, then, congratulations, since the problem really was only in the firmware version.

The next possible cause of error CE-34878-0 is the lack of the necessary update for the game. Try to check if there is a new update for the game you are running. It happens that it could, for some reason, not be installed automatically at its exit.

Check for the presence of an update of any game is simple: return to the main screen of your PS4, select the game with which you have an error CE-34878-0, click on the “Options” button located on your controller, and select ” Check for updates. ”

After selecting this option, it checks to see if any updates are available. If there are any patches or add-ons for your game, they will be automatically downloaded, but only when you consider that your PS4 will be connected to the Internet. After installing the update, try running the game to check for CE-34878-0 error.

Some users note that the appearance of CE-34878-0 error on PS4 can be connected to the console periphery in the form of PS Camera. If you have a camera in conjunction with the console, then try to turn it off, and then run a problem game. You can disable it either physically or through the corresponding items in the PS4 Settings.

Solution # 4 Change back to the original HDD

Another reason for the CE-34878-0 error on the PS4 is the replacement of the original hard drive in the console. If you encounter this error, and previously replaced the hard drive, then try to return the old HDD back to the console. Such a situation arises among users quite rarely, but its appearance is still possible.

Next, you will need to follow the instructions on the screen and you will restore the default settings. Once this process is completed again, try running the games you need and check to see if the CE-34878-0 error appears on the PS4 this time.