DirectX is part of Windows operating system. So why is every game installed from Steam, Origin or another source, requires its own copy of DirectX?

DirectX is part of Windows. This is a group of APIs that developers can use for three-dimensional graphics, multimedia, sound and controller functions for Windows. Many games on Windows use Direct3D DirectX for its graphics. If not, then they use these cross-platform APIs like OpenGL or Vulkan. Other non-gaming software that can use DirectX, for example, for three-dimensional graphics.

Windows 7 includes DirectX 11 and Windows 10 – DirectX 12. When developers design computer games, they choose the DirectX version on which to build their project. For example, the game is written only under DirectX 11 will not run on Windows XP, since it is available only DirectX 9 version.

You can check the DirectX version on your system using the “DirectX diagnostic Tool”. Click on the keyboard Windows+R, type in an empty string dxdiag and press Enter. You will see a window with information about your system. Find the line “DirectX Version” and you will see there the necessary information. 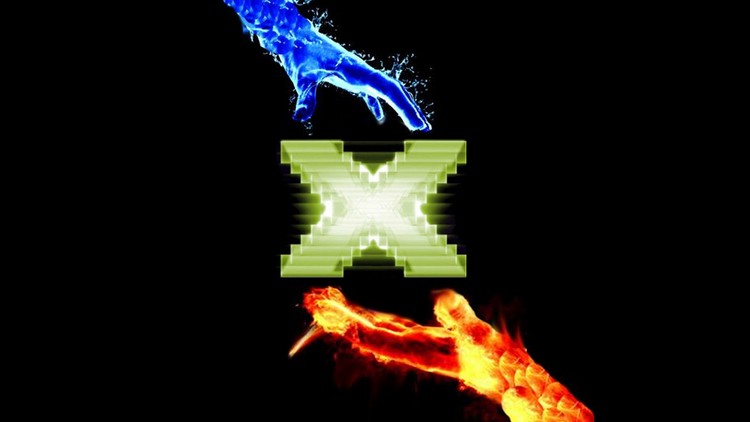 If DirectX is already included in Windows, why game install it?

Well, if DirectX is already a part of Windows, why game install and require it? Briefly, the DirectX installation is a real mess.

In nature there is no one certain libraries DirectX Direct3D, which supports all games. Game developers have to target a specific version of a utility library for Direct3D. You can’t just use the latest library and hope that the game start. For example, if a game developer aimed it at the library d3ddx10_40.dll the game can’t use the library d3ddx10_41.dll. It will need 40-l version and only it.

Even if you run the latest DirectX installer, there is no guarantee that it will install all previously released support libraries for DirectX on your system. Microsoft also decided that they will not accumulate all these libraries Direct3D in Windows. Even the Direct3D libraries created before the release of Windows 10 operating system, was not included in it. You need to install them with the applications that need them. As Microsoft noted in documentation intended for game developers, “Windows Update and Service packs do not provide any optional DirectX components”.

However, it is still harder than it seems. 32-bit games require a library of 32-bit wide and 64-bit respectively 64-bit wide. A similar situation exists with libraries the Microsoft Visual Studio C++. Different applications rely on different versions of the libraries you need to install them all.

But why does every PC game reinstalls them?

OK, each game requires installed for auxiliary versions of the DirectX libraries to even start. However, if you already have the correct version of DirectX, then you don’t need to run the installer for DirectX, right?

Wrong. There is no way by which the game would be easy checked if you have the required DirectX libraries in the system or not. On the website Steam support pointed out that the official DirectX installer from Microsoft – it’s the only way to ensure you have the correct DirectX libraries. Games run the DirectX installer, often in the background, which installs the necessary libraries, and fixes any problems in the system that are associated with them.

The DirectX installer is also the only way in which Microsoft allows developers to distribute files of this software. Developers can not somehow tricky to install on your system for DirectX, as it will be considered a violation of the license for Microsoft software. Other ways would have stood a barrier in the form of a pile of bugs. It is because of these reasons, no one is trying to install DirectX on the other.

Can I delete these libraries?

You must not remove any of the DirectX libraries to your System32 folder or SysWOW64 folder. If they are present in the system, then it is because you have installed the game or app require these libraries. If you start to remove libraries from the system, the program simply will not run or run incorrectly. There is no way to determine exactly which of the DirectX libraries required any specific game/program on your computer. Based on this, you will not be able to understand which of them can be safely removed.

Tip: leave them alone! Library DirectX simply can not cause any problems for your system. They will apply only to those games and programs that you will need them. If you really want to get rid of them from the old library, it will be easier to reinstall the system, rather than trying to randomly delete them. However, once you begin to establish the game – they appear again in the system. So don’t even bother.

What should I do if I have a problem with DirectX?

You can try to go to the directory with the game in your system or on the disk with the installer of the game, find the DirectX installer, which is often called DXSETUP.exe and run it directly without installing the game to solve the problem.

You can also get more information about how to solve the problem, after doing a search on the name of the game or application message specified in the error DirectX.