A lot of players-fans of online battles encountered a mistake 103294 in the game Call of Duty WW2. This error occurs during the attempt to enter the multiplayer mode of the game. It is worth saying that an error can occur on all versions of the game, i.e. on the Xbox One, PS4 and PC. In addition to the error code, the following message is also provided: 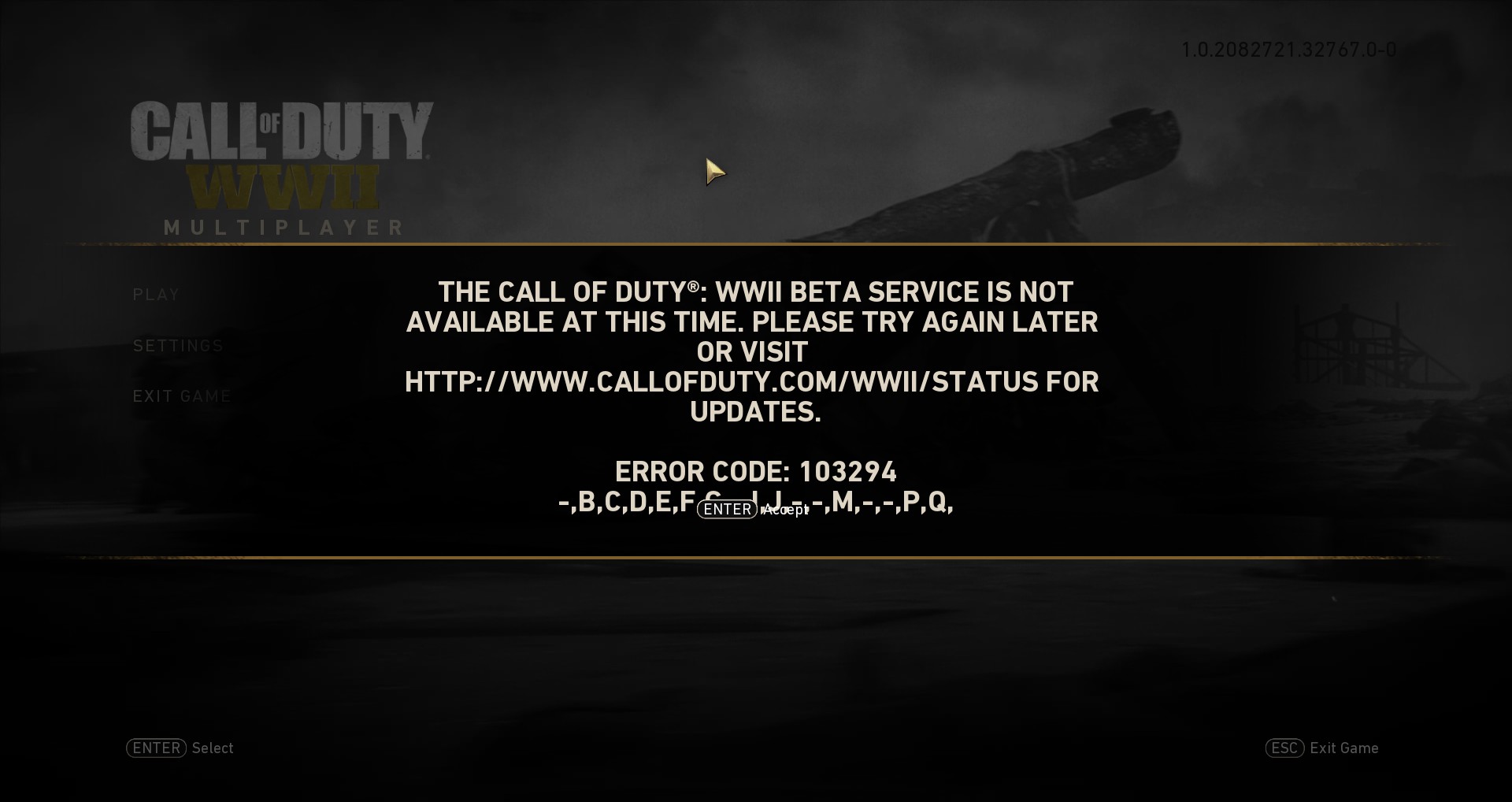 In most cases, the appearance of error code 103294 in Call of Duty WW2 means that at the moment the game servers are out of order, whether due to technical work or some problems with them. Unfortunately, in this case you can not do anything at all – wait for the servers to resume functioning. You can track their status using the specified link in error message 103294.

However, it should be noted that error 103294 in Call of Duty WW2 can also be caused by a high number of simultaneous requests to the multiplayer mode. You can try a small trick, regardless of the platform that you play in Call of Duty WW2, ie. it will suit players on the Xbox One, PS4 and PC.