Computer viruses have become an integral part of our lives. Even people who have never used computers have heard of them. To improve protection against malicious software, Secure Boot protocol was implemented. About what it is eaten with and how to turn it off will be described in detail in the article.

Computer viruses have become an integral part of our lives. Even people who have never used computers have heard of them. To improve protection against malicious software, Secure Boot protocol was implemented. About what it is eaten with and how to turn it off will be described in detail in the article. 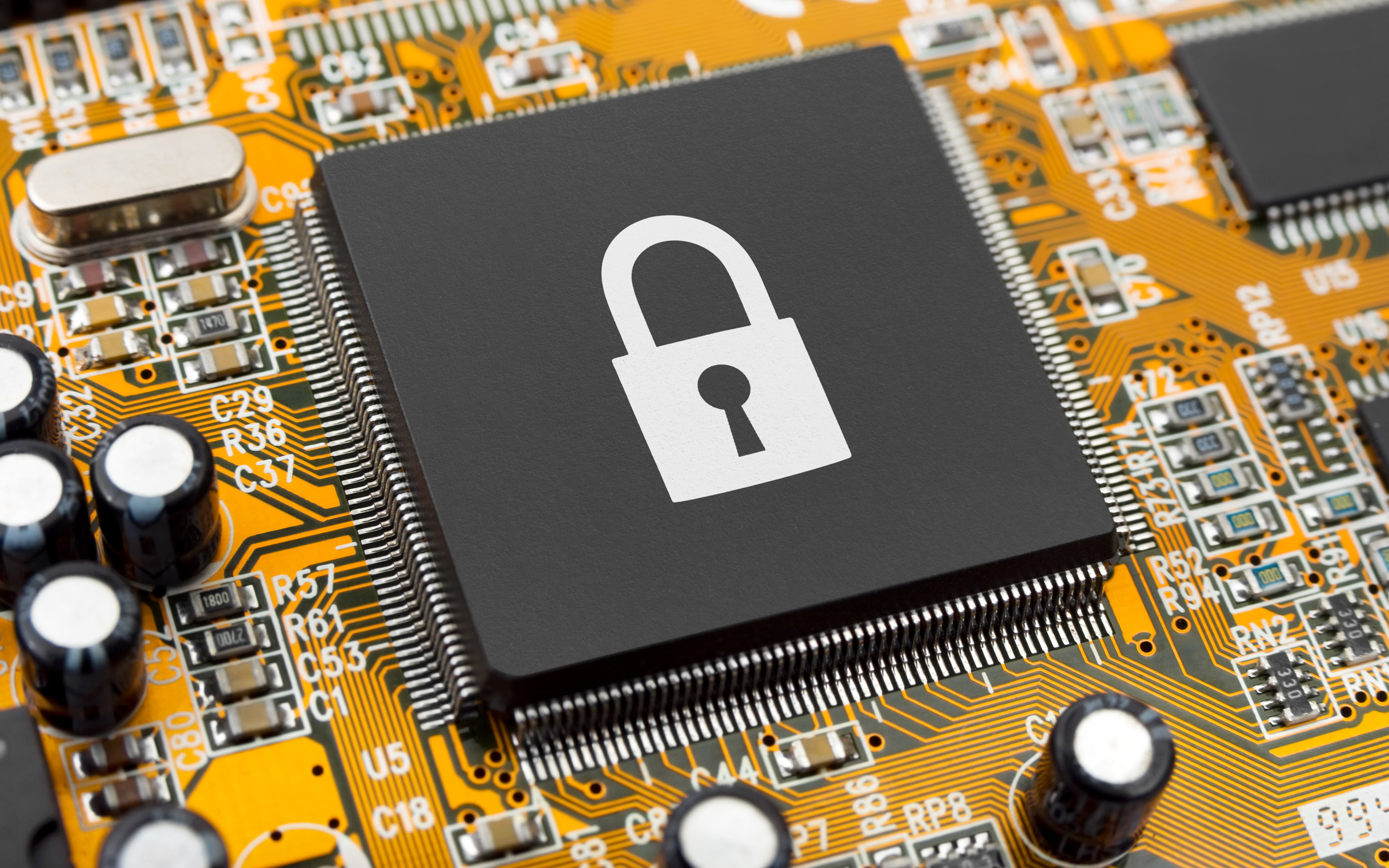 What is Secure Boot and when can I disable it?

Secure Boot – one of the innovations introduced in the introduction of UEFI. This in turn is a BIOS receiver. He is accordingly responsible for the preparation and loading of the OS. The BIOS can be considered a very simple utility with a primitive design that is stitched into the motherboard. UEFI performs the same functions, but this is already a very beautiful and advanced program. For example, if you persist using UEFI, you can even view the contents of the connected drives, which would be considered an incredible innovation for the BIOS.

Not only aesthetic motives guided the creators of UEFI. One of the important goals in the development was to detect and limit the impact of malware. It was assumed that the technology will prevent its loading along with the operating system (OS), as well as execution at the kernel level of the OS after its launch. The honor to perform this important mission fell on the Secure Boot protocol. The technical implementation was as follows: a cryptographic scheme with open and closed signatures (electronic digital signatures, EDS) was used. In general, the goals were achieved, but in practice this required certain and correct actions not only from users, but also from manufacturers of computer equipment. The description of the whole process will take a lot of time, so let’s focus on the key features:

Difficulties with technology began at the implementation stage, when Microsoft announced that it would restrict the installation of other operating systems to computers with Windows using a protocol. Then such plans were refused under the onslaught of the public, but the sediment remained. Today, the main difficulty lies in the fact that motherboard manufacturers use the same private keys for all their products or for individual lines. In any case, good intentions led to a dead end.

In the overwhelming majority of cases, disabling Secure Boot is worth solving two problems:

Secure Boot by itself does not in any way load the system, since it runs at a lower software level. Disabling the protocol will definitely not improve the responsiveness of the system and will not increase the speed of the processor.

How to disable Secure Boot protection in BIOS?

Note that some users mistakenly think that the Secure Boot protocol is disabled in the BIOS. This rather primitive firmware does not exist, was not available, and there cannot be support for SekyurBut. This security protocol works exclusively on UEFI and you need to disable it there. The nature of this error is quite simple. For many years, users are accustomed to, that all that occurs on the screen before loading the OS this is BIOS. In fact, the times of this software add-in go away and it is already outdated in any respect.

Examples of disabling Secure Boot on different laptops and motherboards

The overall algorithm is always the same:

It is important that this security protocol is supported only in Windows 8 and later versions. Therefore, if Secure Boot is enabled in your motherboard firmware, but Windows 7 is installed on your PC, then you do not need to disconnect anything. The safe boot option still does not work, and possible problems with the launch of the OS should be found elsewhere.

How to disable Secure Boot and UEFI on Acer Aspire laptop? 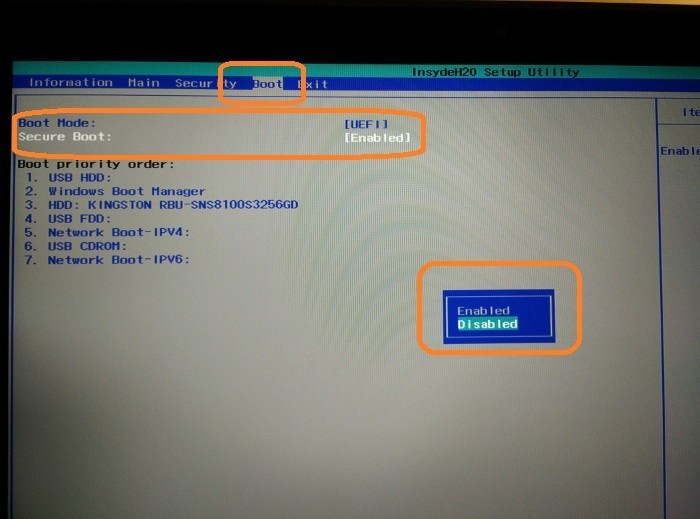 There are many models of laptops from this manufacturer, but the specificity is such that you first need to create your own password. The general algorithm of action is as follows:

Disabling Secure Boot on Pavilion laptops and other HP models? 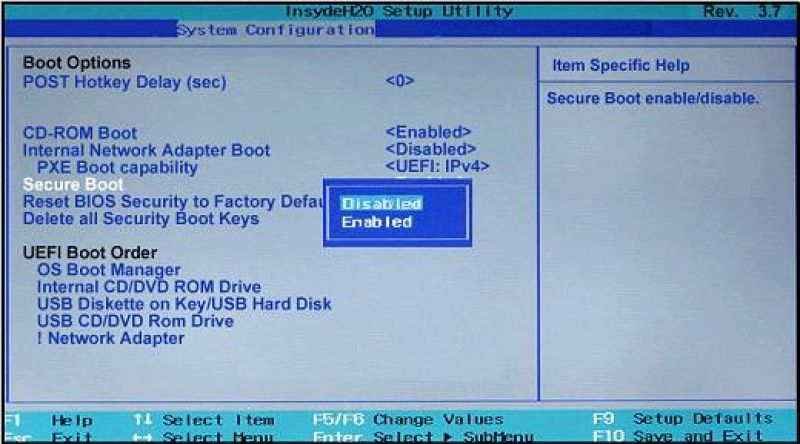 When rebooting, be careful. The system will be reinsured and will include “protection against the fool.” It is necessary to look at what is after the inscription “Operating System Boot Mode Change (021)” – there will be indicated the digital sequence. Type it in and press Enter. If you just need to disable Secure Boot, then nothing else needs to be done. If initially everything was done to be able to boot from a USB-carrier, then immediately after passing the “protection against a fool”, press ESC, and then F9. Set the required flash drive maximum priority so that it is loaded first on the hard disk. 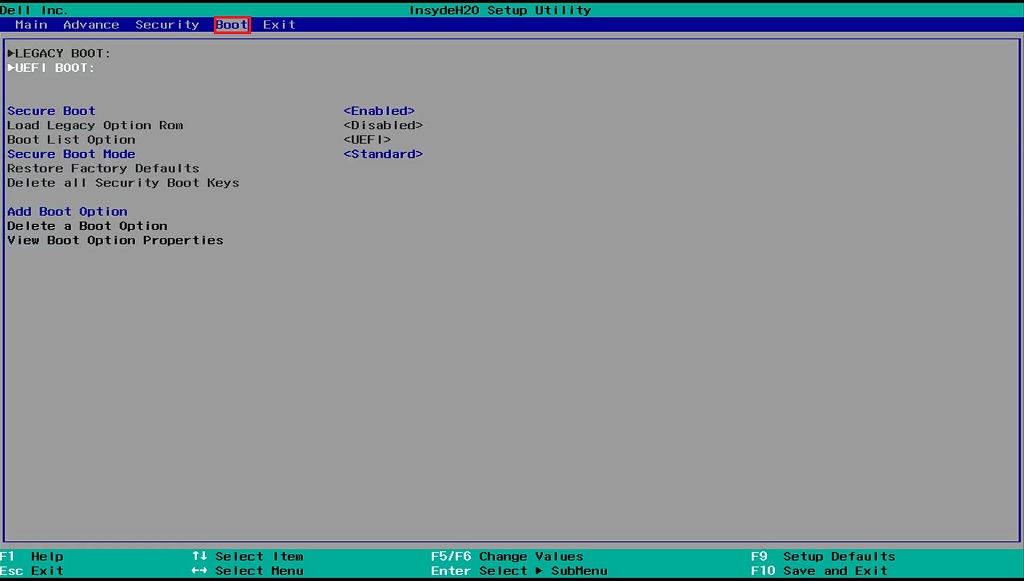 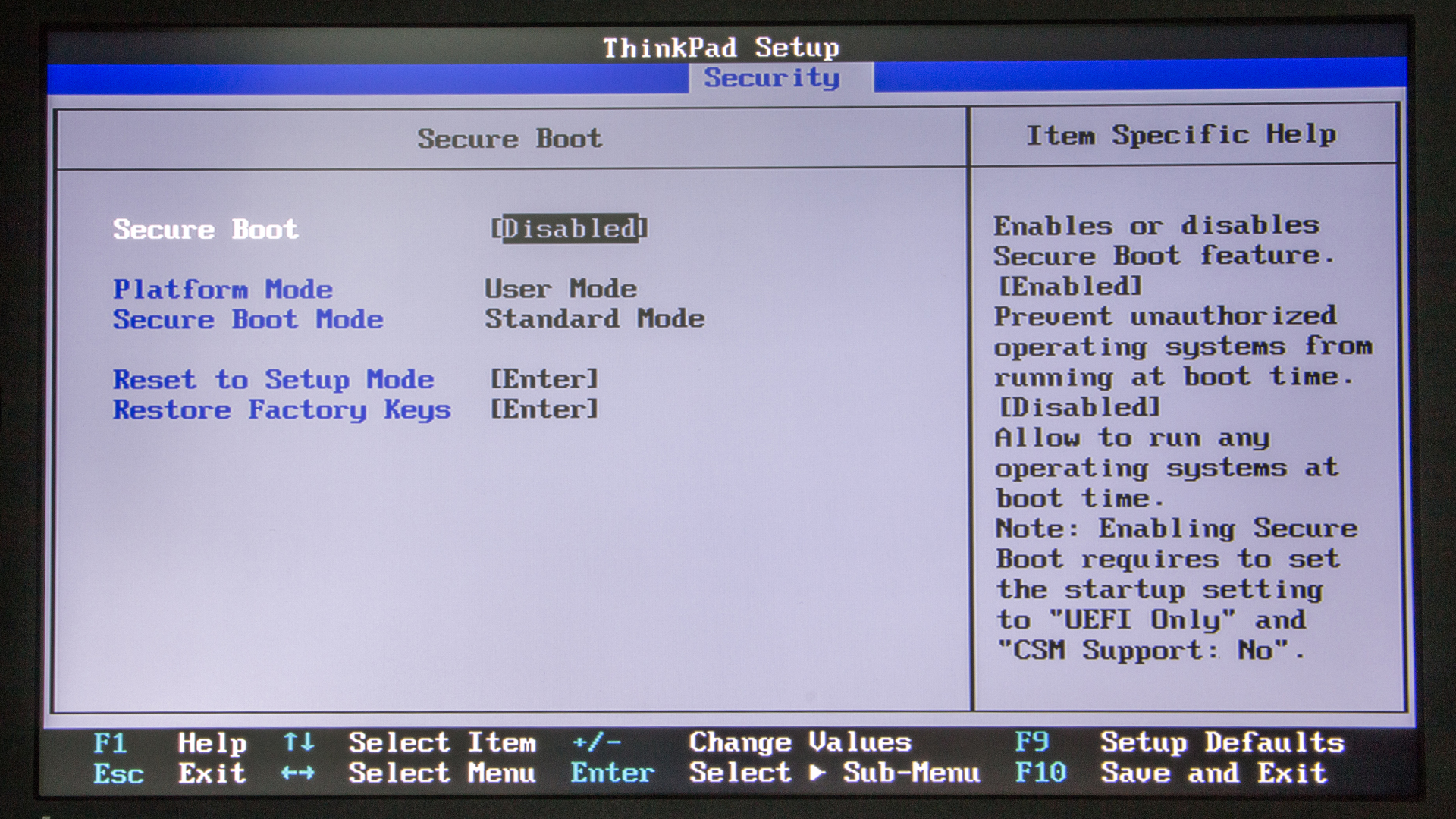 To enter the UEFI on these devices, you need to press F12, then perform the following actions:

The market of motherboards for desktop computers is quite conservative and the clear leaders are 2 companies: Asus and Gigabyte. They supply more than half of all equipment, so it’s more rational to consider ways to deactivate Secure Boot precisely in terms of these manufacturers. In any case, the third and fourth place was occupied by MSI and ASRock long ago, – the first four are entirely composed of companies in Taiwan. The bottom line: there will still be no fundamental differences in the instructions for disconnecting and most of the users will find below exactly what they are looking for.

Note that you can go directly to UEFI in some cases directly from Windows (from version 8 and later). To do this, try the following:

How to disable Secure Boot on a Gigabyte motherboard? 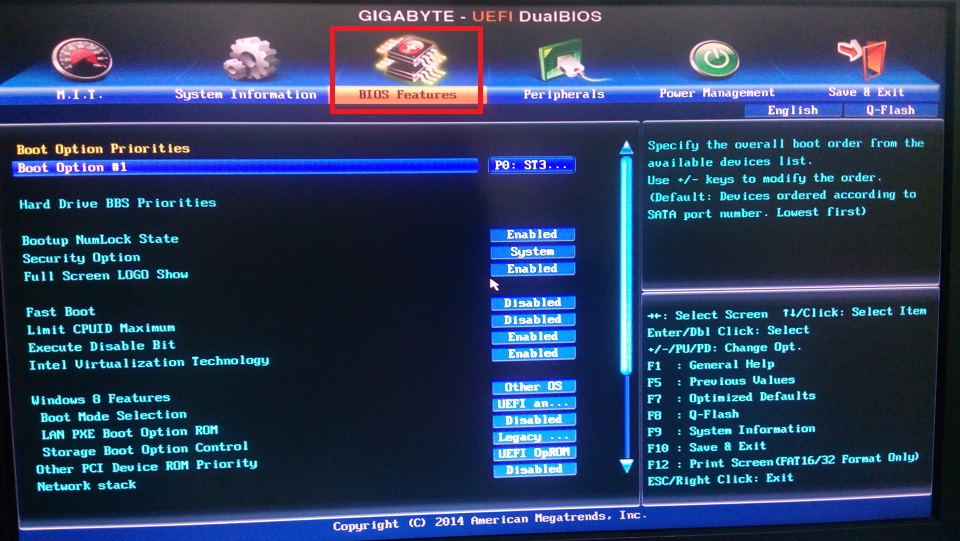 After logging in to UEFI (by pressing F12 before starting the OS), proceed as follows: 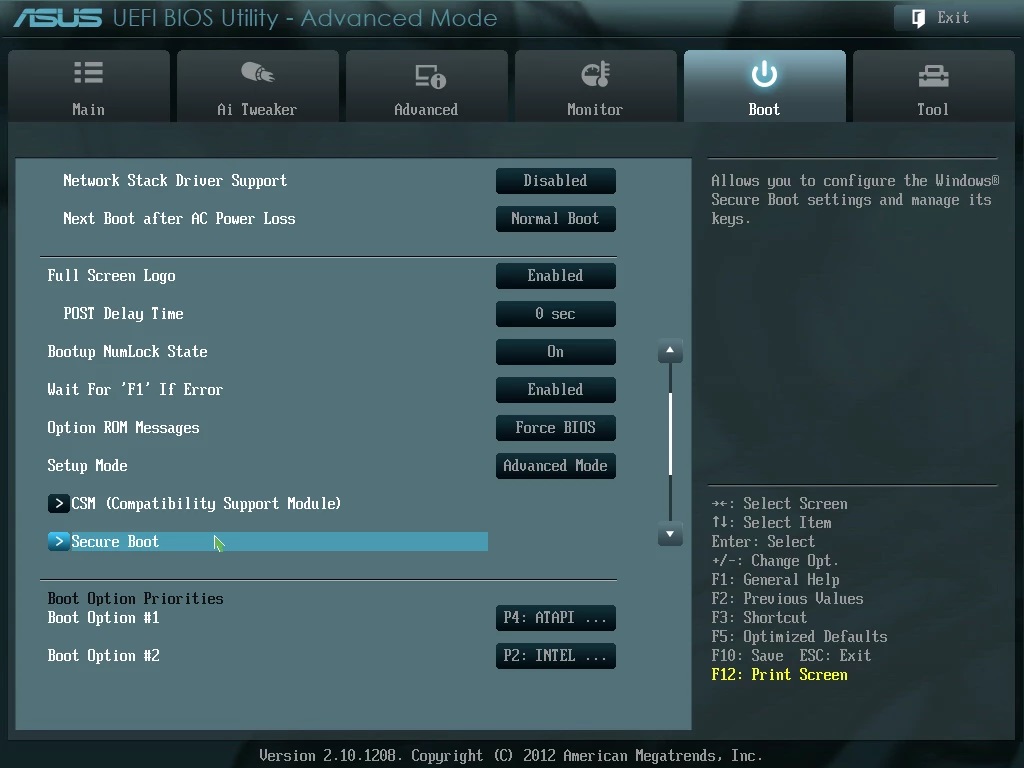 Immediately, we note that most often on the motherboard of this particular manufacturer, an error occurs when loading the OS: Invalid signature detected. Check Secure Boot Policy in Setup. In most cases, to fix the problem, you should turn off Secure Boot, and for this you need to:

Specifically for Asus laptops, the algorithm will be as follows:

How to find out if Secure Boot is activated on Windows?

This protocol is easy to activate and deactivate, and there are several proven approaches to understand the current status: