Release Warhammer: Vermintide 2 will be held only on March 8, 2018, however, the developers have arranged an open beta testing of their project for those players who have pre-ordered the game. However, for this beta test, you can already say something about Warhammer: Vermintide 2. We took the liberty – and decided to make for the newcomers of this series a small guide, which will discuss such topics as gaming armament and combat, methods protect yourself on the battlefield and save your life.

Tips for Beginners in Warhammer: Vermintide 2 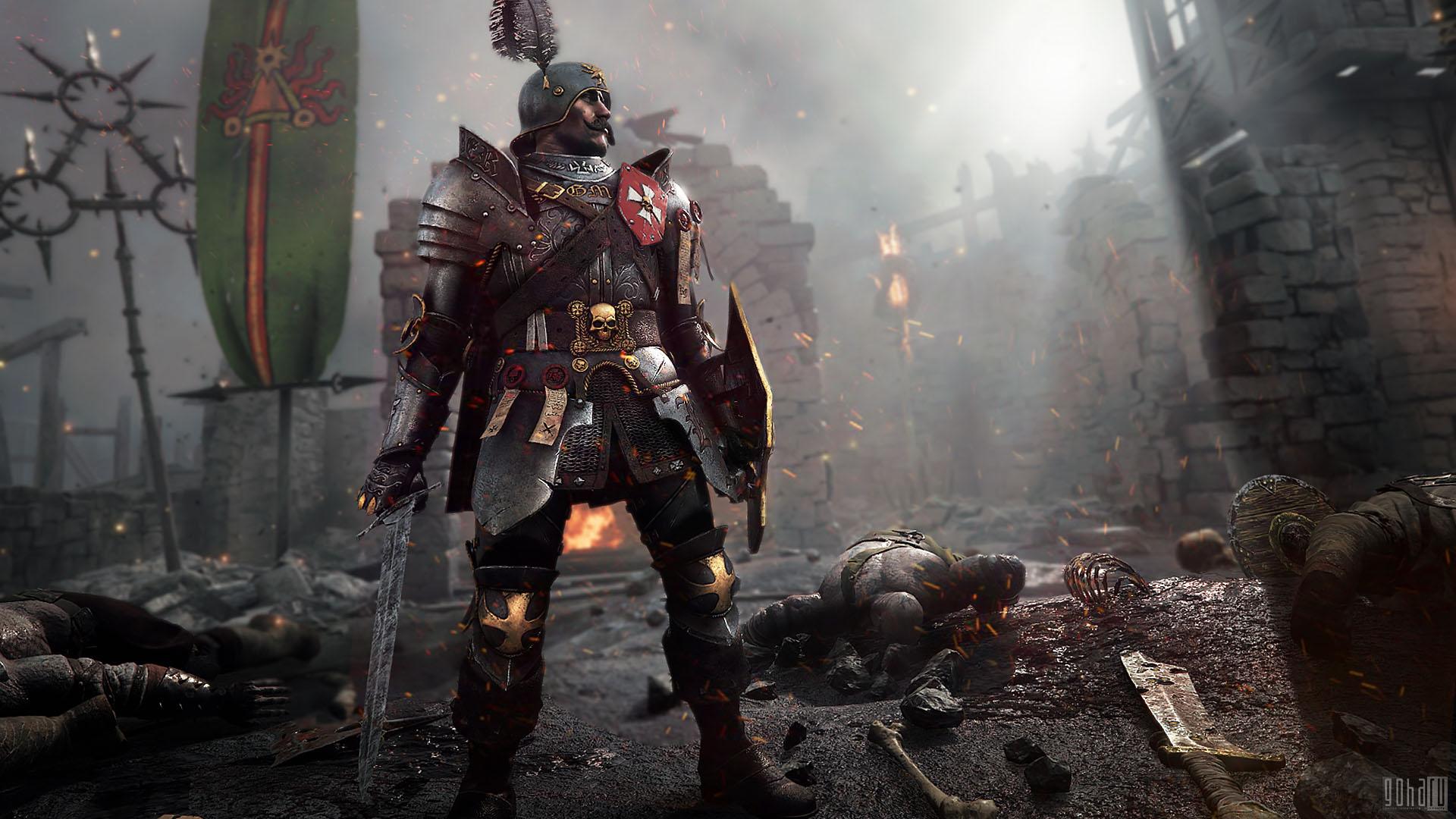 Warhammer: Vermintide 2, like the last part in the series, has one interesting feature: from the side it may seem that it is extremely easy. If you are also under such impression, then immediately it is worth saying that this is far from the case. Yes, Warhammer: Vermintide 2 can be simple at some point, however, the situation has the property to change dramatically …

The game often puts the player in an extremely disadvantageous position, in which the only way out of the situation is to become a close one, it is worth noting an extremely aggressive fight. However, you should not be afraid to accept it. Be prepared and always in anticipation of the appearance of the enemy at any time and from anywhere on the map. Proceeding from this, it can be argued that looking around you will be absolutely always. It is worth noting that with a first-person view – the task is extremely difficult.

I also want to advise you to take the habit of constantly keeping as close to your colleagues as possible – real or computer. If you try to resolve the situation entirely alone, then you will definitely be hit by a sudden death. Believe me, it will be much easier for you to advance the game if you enlist the help of partners!

Maybe it will seem to someone and not quite honest, but opponents in the game have the ability to spawn on the map. And this also means that the longer you try to cope with enemies, the stronger will be their horde. Sometimes, some Bosses can be spawned on the map simply because you are not active enough or have been able to get out of the battle within a certain period of time. So here’s your advice: try to advance through the levels as fast as you can, but do not bend the stick to accidentally go to the forefathers.

Perhaps, we no longer need to tell you how difficult the battles are and how important your supporters are? Given that Warhammer: Vermintide 2 is built around the data mechanic, you can safely say that you can not sneak past the enemies. You all rightly heard: stealth in the game there (well, practically). Warhammer: Vermintide 2 – it’s evasion from the attacks of the enemy, treatment as needed and performing finishing moves.

To really succeed in Warhammer: Vermintide 2, you need to understand which game style is right for you. Let’s look at the game arms a little closer, breaking it into several categories.

In some situations, long-range weapons can detain crowds of enemies for a short time, but even in very rare cases. Bows and arrows can be useful in situations where one adversary settled somewhere on a high tower and does not want to slice from it. However, except for such situations – we do not recommend this weapon for this game. To deal with large hordes of enemies, you definitely need to use a melee weapon and for an average distance.

However, do not think that long-range weapons are completely useless in Warhammer: Vermintide 2. Some types of enemies can be destroyed only with the help of long-range weapons, for example, from a crossbow or rifle. A special class of opponents can set you on fire if they approach your character fairly close. Moreover, Bosses are especially vulnerable to some armament from the long range category.

This category of weapons includes everything from swords to battle axes. Most of the time in Warhammer: Vermintide 2, you will hold just behind melee weapons, so try to study it as thoroughly as possible. Many representatives of this category can be used together with shields to improve protection. Melee weapons – this is a reliable ally in the fight against hordes of opponents, as they can inflict a huge amount of damage in a very short time. However, it is worth noting that when meeting with the Bosses it is still worthwhile to be a bit more cautious – and switch to ranged weapons.

Some guns in Warhammer: Vermintide 2 have no limitation in the number of available cartridges, which, it would seem, are great, but instead they have a property of overheating. When one of these guns overheats, you temporarily can not use it. Moreover, such weapons will dissipate heat from themselves, which can do you harm if you bring the overheating scale to the maximum value.

The maximum level of heating for weapons from this category can be increased, however, this can put you and your associates in a dangerous situation: such weapons can explode during overheating, damaging both you and the players in the team.

Characters like Bright Wizard and Bardin use weapons from this category to get the maximum benefit in conjunction with their abilities. In principle, they may not use melee weapons throughout the mission. Nevertheless, this style of play is recommended only for advanced players who have thoroughly read Warhammer: Vermintide 2.

In addition to inflicting damage to your opponents, you should also not forget that protection is the key to surviving on the battlefield. Blocking and dodging attacks are critical parts of the Warhammer combat system: Vermintide 2. The outcome of some of the fights in the game will depend on your defense skills.

Well, let’s sound, perhaps, the most commonplace advice: try to get as little damage as possible. Mechanics such as blocking and evasion are extremely easy to master, so you should not have any problems with them. If the paws of the enemies still reach for you (after all it’s a complicated game), then you can use first aid kits or potions. Treatment is an extremely important part of Warhammer: Vermintide 2, so let’s dwell on it a little more in detail.

Potions can restore a certain amount of your health, so you can use them after some small scuffle or to prepare for some kind of upcoming battle, where you need a full scale of health. First-aid kits, on the other hand, restore most of your health (about 80%). For example, if you use the first-aid kit on yourself, with half or a little more health, you can think that an important thing for life was wasted.

It is also worth noting that the Scrolls and Grimoires will occupy the slot, which was originally reserved for items that restore health. In general, you will have to choose between them. You can throw away and pick up the Scrolls, but with the Grimoires, things are completely different.

Warhammer: Vermintide 2 can often be a very difficult game, however, if you are properly prepared, you can get a fairly fun and unforgettable experience from it, whether it’s with real players or computer nerds.