There are a lot of funny mods created by the community, and we wanted to take this month to feature some of them. Not every mod needs to be an awesome new piece of equipment or serious gameplay adjustment – although sometimes these aren’t mutually exclusive with the sillier fare available. A few of these mods are intentionally unbalancing, while others scatter subtler absurdity across the world.

We have a brief summary of every mod being featured this month, and if you click the links provided you’ll be brought to their full descriptions on the Skyrim Mods and Fallout 4 Mods pages. As always, if you have any suggestions for what we should feature, let us know in the official threads on the Skyrim and Fallout 4 forums!

This brings settlement construction to an entirely new level, albeit one that may severely confound Preston Garvey if he ever checks up on you. The Unlocked Settlement Objects mod is required, and it makes a lot of in-game items available in the Workshop. 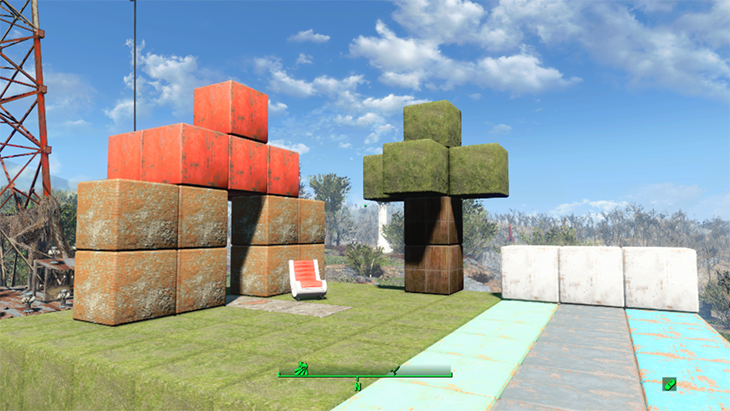 Some may call this cheating, but we simply find it to be a lot of fun. With John Marston’s 44 you can perform some of the fanciest trick shots that mundane physics generally wouldn’t allow.

Have you ever wanted to Fus Ro Dah a deathclaw off a hilltop? Casonjess mod does that and more, with many other entertaining dragon shouts recreated for use by the Sole Survivor.

A few trusty batsmen in the Commonwealth are hanging up their swatters for these finely crafted willows and charging up the pitch. It may break Moe Cronin’s heart, but there’s no better tool for avoiding the beamers, yorkers and slogs bowled by the sledging raiders of the wasteland.

The Wild Wasteland by Watcherzero
Fallout 4 mod for Xbox One

Watcherzero has brought back the popular Fallout: New Vegas trait for Fallout 4, which adds reference-laden events across the land.

Let your imagination run wild as you assemble weapons into amazing, and sometimes ridiculous, combinations. Feasibility and realism are no longer limits to your weapon customization!

This mod adds a number of new clutter items and makes some basic item tweaks. What is such a pragmatic mod doing amidst all of this month’s silliness? It also includes many fun clutter vignettes hidden around the wasteland. Sometimes it’s the little things that add depth to the world around. 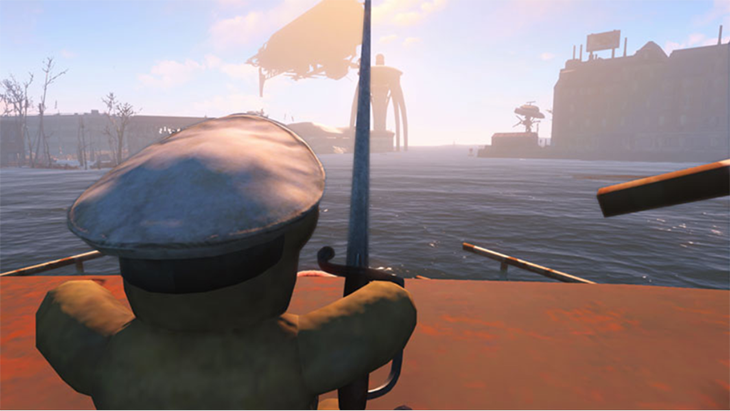 Teddy Grenades by Shefski55555
Fallout 4 mod for PC, Xbox One and PlayStation 4

Sometimes the little things also explode! With a variety of plush animal grenades at your fingertips your enemies will cower at your explosive potential, or possibly the unbearable puns they inspire.

The Brotherhood of Steel may promote a certain crisp style, but with this mod there’s no reason you can’t don day-glo power armor. There are also more subdued options, as this mod has plenty of options for your power armor paint.

For the casual gamer, this mod provides occasional moments of levity as you come across its wide assortment of Fallout gnomes. For the hardcore, there is a potentially maddening treasure hunt as you attempt to complete your set. You decide! 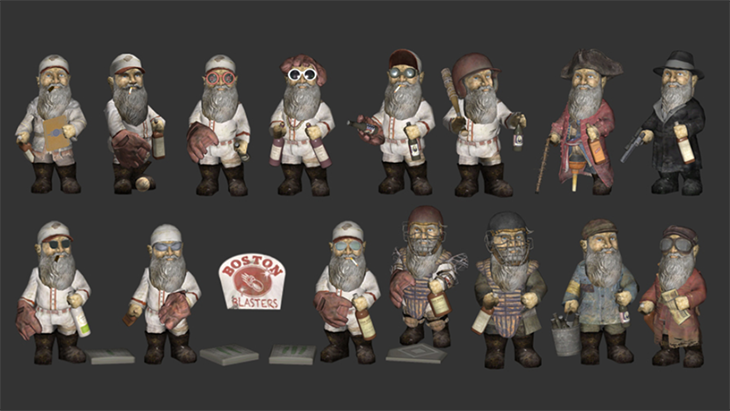 Dwarven Luggage by Varence
Skyrim mod for PC and Xbox One

Both useful and adorable, this fine chest adds character to convenient storage, and it can be summoned to your side whenever you want. Subtitles are recommended so you can follow its pantomime. 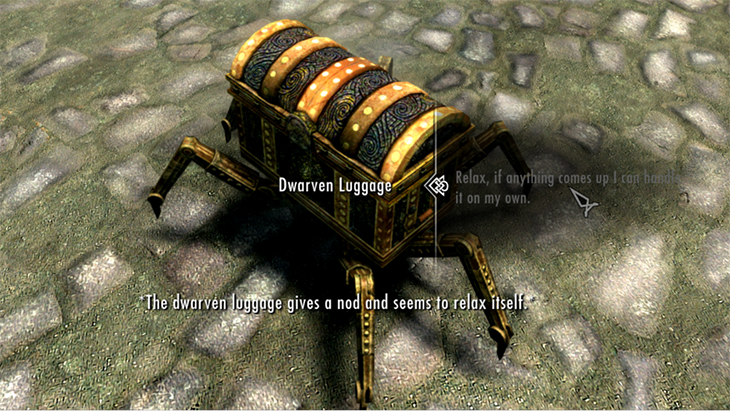 Wabbajack: The Spell! By Bryguy4
Skyrim mod for Xbox One and PlayStation 4

Only the bravest or stupidest wizards try to tap into Sheogorath’s might. The magicka cost is high, but the effects are commensurate.

Cheese Mod by IncubexDelwraith
Skyrim mod for PC, Xbox One and PlayStation 4

One shouldn’t tempt the ire/amusement of the Mad God without a little something to curry favor afterward.

Inigo by smartbluecat
Skyrim mod for PC and Xbox One

Inigo is a complex and enjoyable companion equally adept at lending a hand on your adventure, or bringing a smile to your lips. Fully voiced, and with plenty to say about the world, and even yourself, he is a fantastic traveling partner.

NPC Ejector Force! by Shoelaces_
Skyrim mod for PC, Xbox One and PlayStation 4

This is an eminently spammable spell that allows anyone you touch to rocket off. Perfect for fans of ragdoll physics, or anyone who gets impatient waiting for their shouts to cool down.

AnimalPajamaXB by Keungkeung
Skyrim mod for PC and Xbox One

The Greybeards get to wear bathrobes all day, so it’s only fair that the Dovahkiin get the same perk. And if you’re going to stay in your PJs you might as well look good doing it. 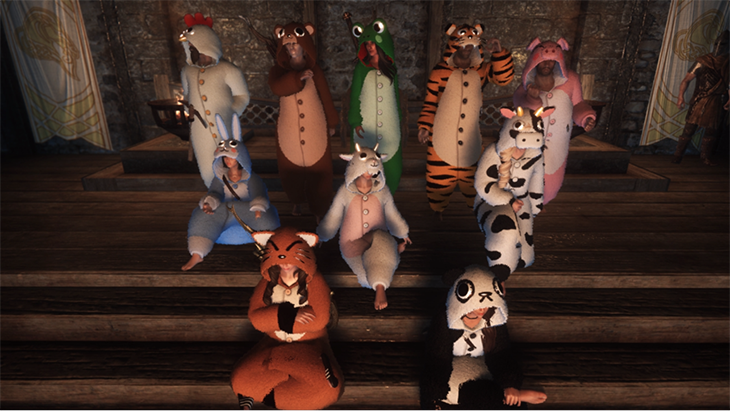 Summonable Army of Explosive Chickens by Gg77
Skyrim mod for PC, Xbox One and PlayStation 4

Every adventurer learns that you don’t mess with the chickens of Skyrim. This spell may not result in the signature angry mob that chicken killing risks elsewhere, but it makes up for this with its own spectacular effects.

When giants send your friends hurtling through the sky, it’s only fair to return in kind. And why limit it to giants?